The Downtown Tempe revolutionary organizations are all reporting that a banner has been hung in support of the Pacific Northwest grand jury resisters. The timing and location of this act coincides with the Washington State VS ASU football military appreciation day match. A local member of the Maple Avenue Brigades said “we support propagandist efforts in an around Tempe that challenge the robber class and their parasitic legions.” 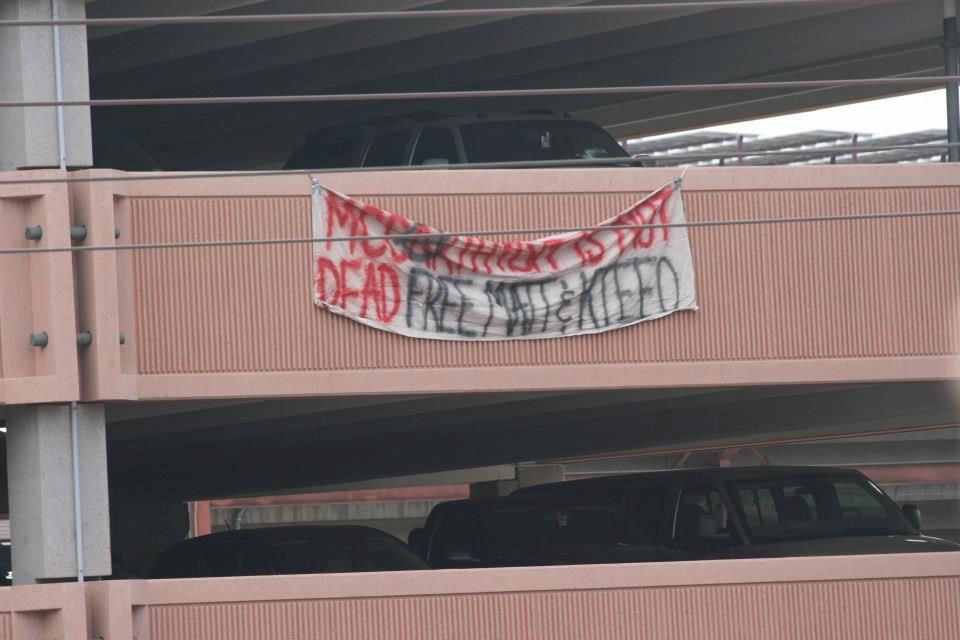 It is not clear whether this defiant action is connected with the previous banner launch which propelled all Downtown Tempe militant organizations to new levels of media virality on Christopher Columbus Day. The Farmer Avenue and Wilson street action groups are currently discussing any possible counter revolutionary response from the Downtown Tempe Soviet already on the verge of rebellion after the last successful propaganda situation.